Creating usable space with a pergola in Wellington

Kapiti Coast homeowners weren't able to use the large deck, as it was too hot in the summers. See how Steve from Zones Wellington created an area where the sun wouldn’t render it unusable.

When Maisie Willoughby moved her multi-generational family into a house with indoor-outdoor flow and sea views on the Kapiti Coast it seemed she’d found the perfect spot. However, the existing pergola over the deck was so low it obscured said sea views and the sun was so strong out on the large deck that it was far too hot to use.

Enter Steve Strawbridge from Zones Wellington and the pair hatched a plan to open up those views and create an area where the sun’s rays wouldn’t render it unusable.

A pergola that tilts back towards the house was devised;  it shares the same stormwater system as the house, which both cuts down on cost and opens the lounge and kitchen areas to the magnificent view. The pergola itself is a cost-effective polycarbonate aluminium frame, manufactured by Steve’s supply partner.

Steve drew up the size of the pergola, “so it’s just under the 20 square metres required for not having to have a permit”. The polycarbonate frame was powder-coated to match the joinery of the house perfectly, and owner Maisie Willoughby is “very pleased that it fits in so well with the house - the aluminium, it looks right.”

The frame was custom-glazed to allow light onto the deck and Steve says this is a very cost-effective way to create shelter, rather than installing the traditional timber pergola. Curtains were then installed on either end of the pergola to create much-needed protection from the elements.

From the first consultation to the end of manufacture and delivery the project took under four weeks. There were a few challenges around getting the stormwater to feed correctly into the existing house guttering, but Maisie says Steve has been incredibly proactive in sorting out this issue. She is also very pleased with the final cost of the project – it came in at $16,000 – lower than her initial budget of $20,000.

Steve says the pergola has achieved what it set out to and the deck area is now a wonderful, usable outdoor space that can be sheltered from the sun, while capturing those views far better than before. Now that the project is complete, Maisie and her family will finally be able to enjoy their views and outdoor space. “It’ll be good for the children, we’re really looking forward to the summer!”

Are you ready to discuss your ideas?

Subscribe to our newsletter to receive inspirational ideas and advice for your home renovations.

Get a FREE digital copy of Renovate Handbook!

Just sign up to our newsletter and we'll send it your way. 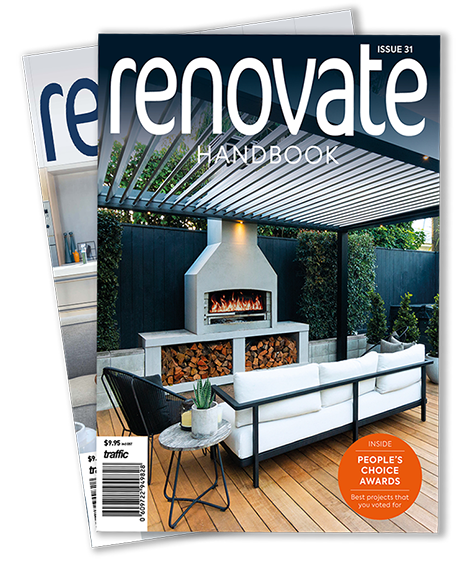